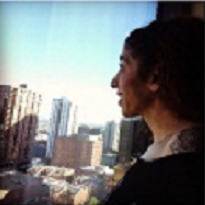 Posted at 12:02h in Uncategorized by admin 0 Comments
0 Likes

A glorious summer and gorgeous fall had come and gone in my home state of colorful Colorado. I was packed to the brim and fully prepared as I headed back to India. The last time I left was nearly two years ago and how things change. My first trip I looked up some nomad travel tips and departed with a carry on jansport backpack and as little as possible. This time I sprung for a deluxe 80 liter backpack. A carry on bag and purse that would carry MacBook, iPad and kindle in addition to other crap I may need. This time it wasn’t about necessity it was about comfort. With the knowledge I now had about the land I would be spending the next six months or so, I felt ready. I brought loads of chocolate to distribute to friendly faces. I asked local friends if they wanted anything from America and aside an outlandish request for an unlocked iPhone seven three friends requested chocolate. Another friend informed me that India doesn’t have good chocolate. Not being a chocolate eater I wouldn’t know. The comforts of home came in the form of an arsenal of clothing for different environments, various quality warmer clothes. While it is cheap to buy local clothes they are usually not quality made at least according to American standards which I have also been told are very high.

Life in the good ole USA

It was great to be back where everything was easily accessible. I remember taking a picture of the variety of options in the produce department. Spending time with my parents and loving souls that I had been away from. Enjoying super yummy delicious food and attending a myriad of events. Rockies & Nuggets games, Elitches, Mt. Evans, Estes Park, Botanical Gardens, Red Rocks, Tahoe, Vegas, and Burning Man indeed it had been a marvellous time back in America.

Denver isn’t the cow town it used to be.

There was a massive boom in Denver. Recreational marijuana was all the rage and the money it brought in meant our micro economy was on the upswing. The word was out, Denver boasted over three hundred days of sunshine, which means lots of time in the sun doing various activities in nature which means healthy, happy people. I heard various reports on the number of people moving to Denver.

4 out of 5 people moving are headed to Colorado. Denver is the 4th largest state for population growth in 2014 80,000 new residents flocked here. Every year since it has seen an increase of 100,000 newcomers. That means that on a monthly basis Colorado is welcoming around 8,000 people.

That might help explain the runaway home prices, rents and worsening traffic. When I left in 2014 my loft in the heart of downtown Denver on 16th street was 850 square feet with rent around $1,000. Curiously, I inquired what the current rent was- $1,800. Gasp, shock. It blows my mind to think that just like that the rent nearly doubled. Meanwhile I worked teaching yoga while being back and my salary or pay per class didnt go up dramatically enough to cover the inflation.
Traffic had never really been an issue (aside from the normal five o’clock traffic) when I lived there just two years earlier this is no longer the case. It seemed like regardless of the time I-25 (the major highway) was a disaster. Downtown equally a nightmare. Construction was everywhere as were new buildings and buisnesses.

It is always the most challenging to say goodbye especially to my parents.
Nearly 30 hours and 12.5 hour time difference I arrived at 6am in New Delhi. There was no solid plan but I needed to make my way to Pushkar, Ajmer, Rajathan. My three prior visits to Pushkar had all been by overnight bus. Since my early arrival I figured I could gauge what may work best. Fail. There was no information booth and options seemed limited. The prepaid taxi stand directed me to a bus station. Once at the bus station they said that buses didnt go to Ajmer, Pushkar from that station but a different one. Lovely. Welcome back to India. I proceeded on now in taxi number two. When we got to the second and quite busy bus station the driver went in with me to

get the ticket. I don’t remember ever paying over 800 rupees for an overnight sleeper bus but in my jet lagged state I could only shake my head as I handed over 1650. Bus change in Jaipur, where I made friends with another traveller Raj. Interesting 22 year old from London with Indian roots. Studying Hindi while here. Ajmer was our final stop however a mere 17 kms would prove to be challenging. Bargaining or haggling is never my thing so I left it to my brave young new friend to take care of that. He did. Twists, turns, and many bumps later we successfully got dropped off in Pushkar. Where in Pushkar…… after walking a few blocks with my life on my back I realised that we may be in Pushkar but I had no idea where we were exactly and more importantly no clue how to get to the hotel. Third taxi is a charm…. this was definitely the fourth taxi at this point. VOILA- I waved to Sadhu a fruit seller who recognised me in the tuk tuk. There was nothing but smiles and love as I pulled up to my hotel. Just like that I had arrived.